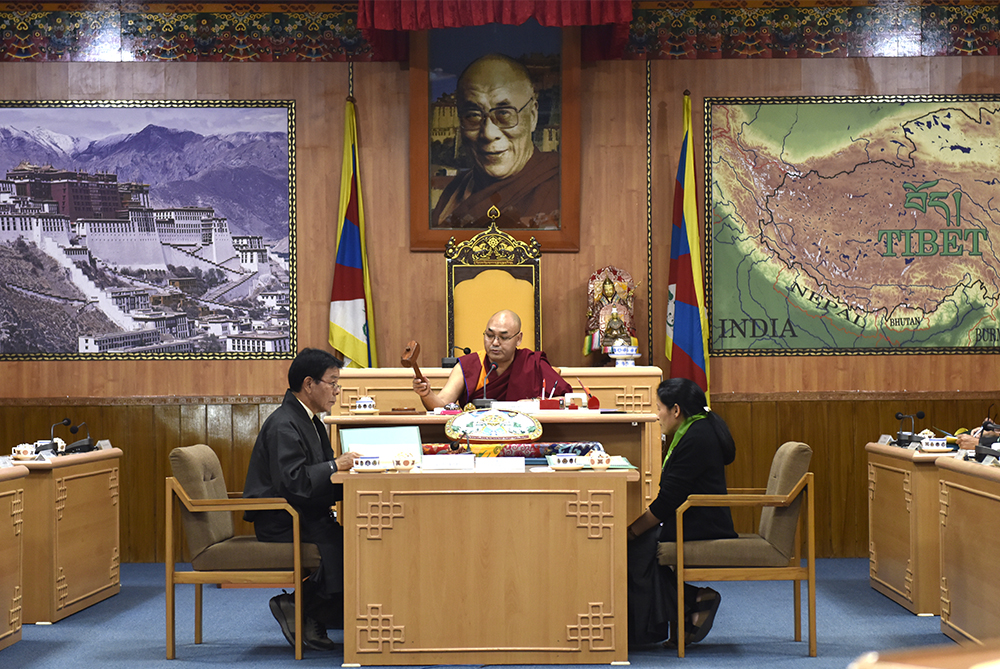 DHARAMSHALA: The 4th session of the 16th Tibetan Parliament-in-Exile began today, expressing grave concerns at the deteriorating situation of human rights and religious freedom inside Tibet.
In his opening remarks, Speaker Khenpo Sonam Tenphel noted the massive development projects taking place in Tibet at the cost of Tibet’s fragile environment. He described the development projects as ill advised and further said that the real beneficiaries of these projects are the Chinese government and people, rather than ethnic Tibetans who are the sole custodian of the Tibetan plateau.
He also expressed concern at the flagrant violation of human rights and religious freedom of the Tibetan people by Chinese authorities, and said that Tibetans inside Tibet continue to remain in a dire political situation imposed by China. He highlighted the sacrifices of the Tibetan people inside Tibet particularly applauding the motivation of the Tibetan self-immolators.
Speaker expressed the Tibetan parliament’s firm commitment to the Middle Way Approach of the Central Tibetan Administration, referring to it as the only realistic approach to find a lasting solution to the crisis inside Tibet. In view of the upcoming 19th National Congress of the Chinese Communist Party in October, Speaker also called on the current and upcoming Chinese leadership to review its failed policies in Tibet, and consider the proposals of His Holiness the Dalai Lama and the Central Tibetan Administration to resolve the Tibet issue based on dialogue.
Speaker also recalled the high profile visit of the US Congressional delegation led by Leader Nancy Pelosi to Dharamshala in May and the Indian and Swiss parliamentary delegations’ visit earlier. He expressed gratitude to the leaders for their wholehearted support towards Tibet and for continuing to highlight the issue of Tibet on the world stage.
Speaker further paid rich tributes to His Holiness the Dalai Lama for his immense contribution towards the Tibetan freedom struggle and for the welfare of the Tibetan people. He recalled a speech His Holiness the Dalai Lama made in Germany recently where His Holiness confirmed to live for another 15-20 years and hailed it is a matter of great joy for all Tibetans. Consequently, he urged the Tibetan administration led by the Kashag to exert fervent efforts to fulfill its promise of making possible the return of His Holiness the Dalai Lama to Tibet within his lifetime.
The first day of the session also passed five unanimous resolutions to mourn the demise of 103rd Gaden Tripa Kyabje Jetsun Lobsang Tenzin Rinpoche, 33rd Kyabje Menri Trizin, spiritual head of Bon tradition; self-immolaters Pema Gyaltsen, Wangchuk Tseten, Chagdor Kyab and Jamyang Losel; self-immolaters Tenzin Choeying and Dhondup, and former Tibetan parliamentarian Zongkhatsang Tsering Dolma. It also a passed a unanimous resolution of solidarity with the sufferings being endured by the Tibetan people inside Tibet.
The main agenda of the 4th session of the 16th Tibetan Parliament will be the presentation and discussion of the annual work reports of the seven departments of the Central Tibetan Administration. It will also deliberate on the urgent situation prevailing inside Tibet and discuss the burning issues within the Tibetan community in exile.
The session will conclude on 28 September 2017. 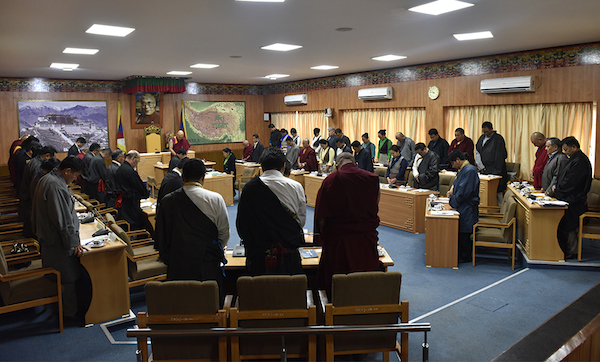 Members of the 16th Tibetan Parliament-in-Exile observing a minute’s silence in mourning.