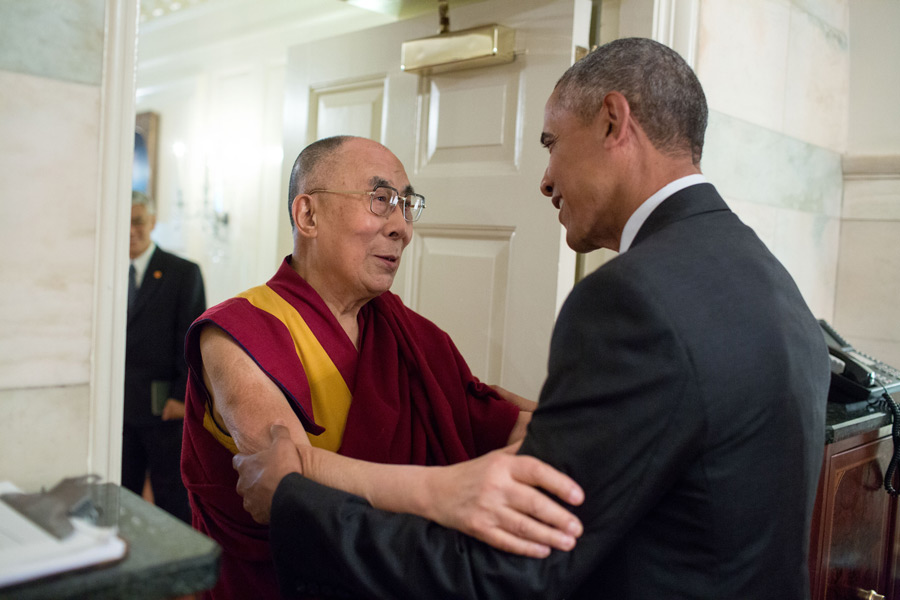 President Barack Obama greets His Holiness the Dalai Lama at the entrance of the Map Room of the White House on June 15, 2016. Official White House Photo by Pete Souza