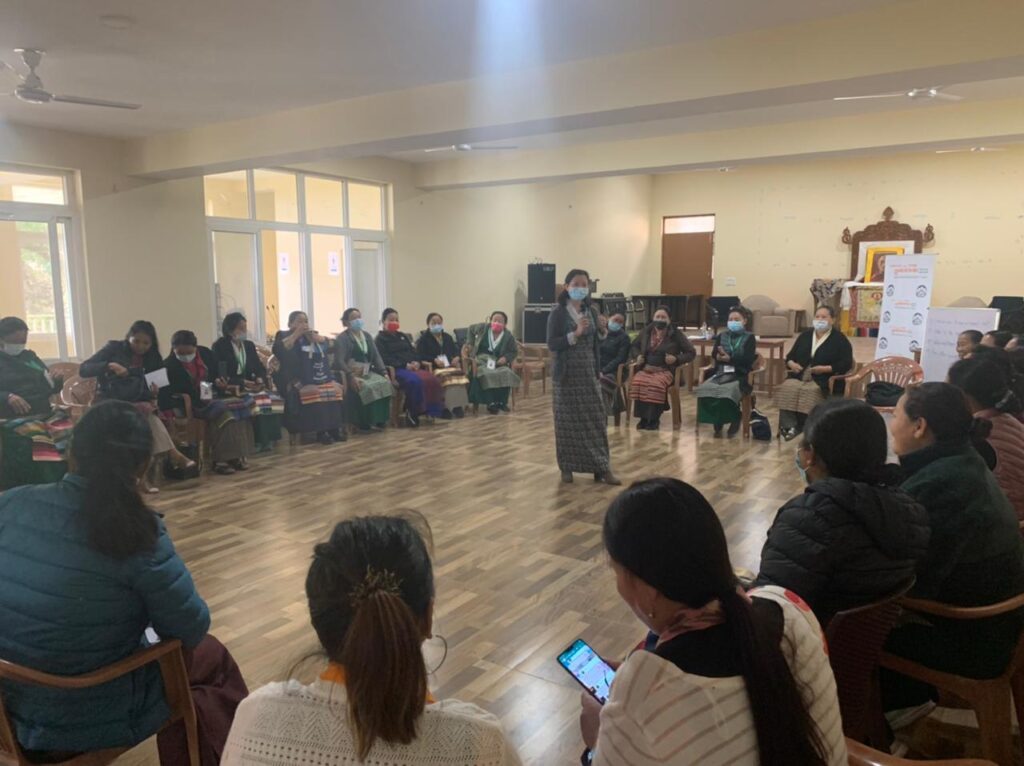 Ms. Dukthen Kyi leading the workshop on MWP to the members of the Tibetan Women Association.

Dharamshala: The Department of Information and International Relations (DIIR), CTA, organised a one-day workshop on Middle Way Approach for the members of the Tibetan Women’s Association on 18 April 2021 at the Tibetan Institute of Performing Arts, Dharamshala.

The workshop was arranged at the request of the Tibetan Women’s Association and was aimed to enhance awareness of the Middle Way Policy among the leaders of the association in various Tibetan settlements and regions in India and abroad.

The workshop is based on interactive, activity-based learning and information sharing with regard to the relevance of the Middle Way Approach as a real conflict resolution strategy. Divided into 2 sessions, the morning session introduced the concept of MWP to the participants. In the following session, different groups were formed and assigned different topics to help them understand the issue better and on a deeper level. After the group discussions, the participants made presentations on each topic. Questions and doubts regarding the presentations were also discussed. At the end of each presentation, the facilitators gave concluding remarks to give a complete picture of the topics.

In the afternoon session, participants learned about conflict resolution which is critical in understanding the Middle Way Policy. The session included numerous activities to better elucidate concepts. Two differing views on MWP were surfaced at the end of the discussion. One group believed that the policy constitutes “compromising” something from both parties involved in getting to the result, while the other group expressed it is one of “collaborating” with one another. The debate went on as the workshop drew to the conclusion.

The Tibetan Women’s Association (TWA) commenced its three-day 13th General Body Meeting on Friday where they elected its 13th Executive team for the three-year term from 2021-2024. The Middle Way workshop was held seeing the importance for women grassroots leaders congregated from around India and New York, the US to understand the policy better. The participants requested the organisers to commence such a workshop in all the Tibetan settlements, especially in the remote areas. 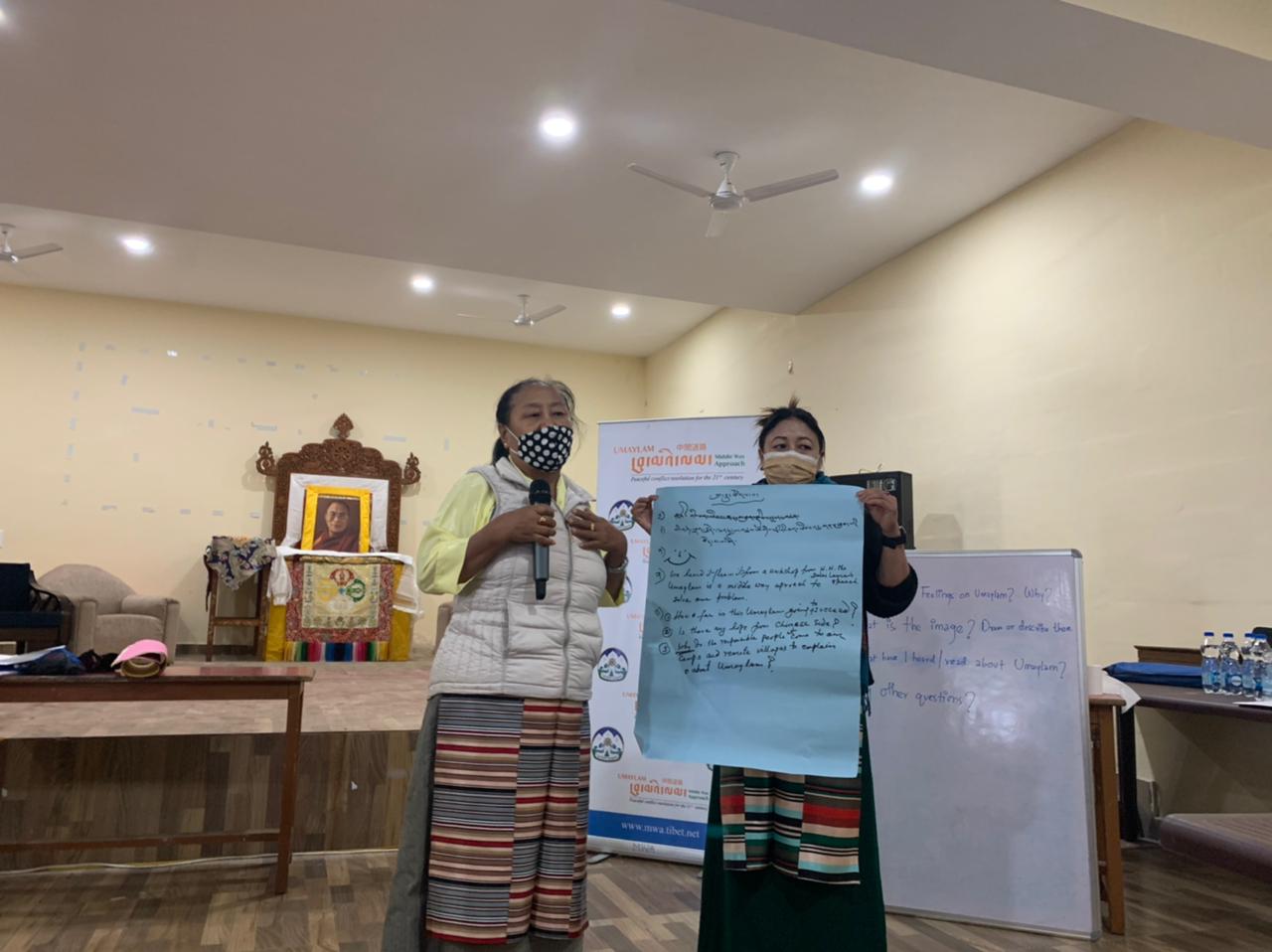 Members of the Tibetan Women Association making their presentations on MWA. 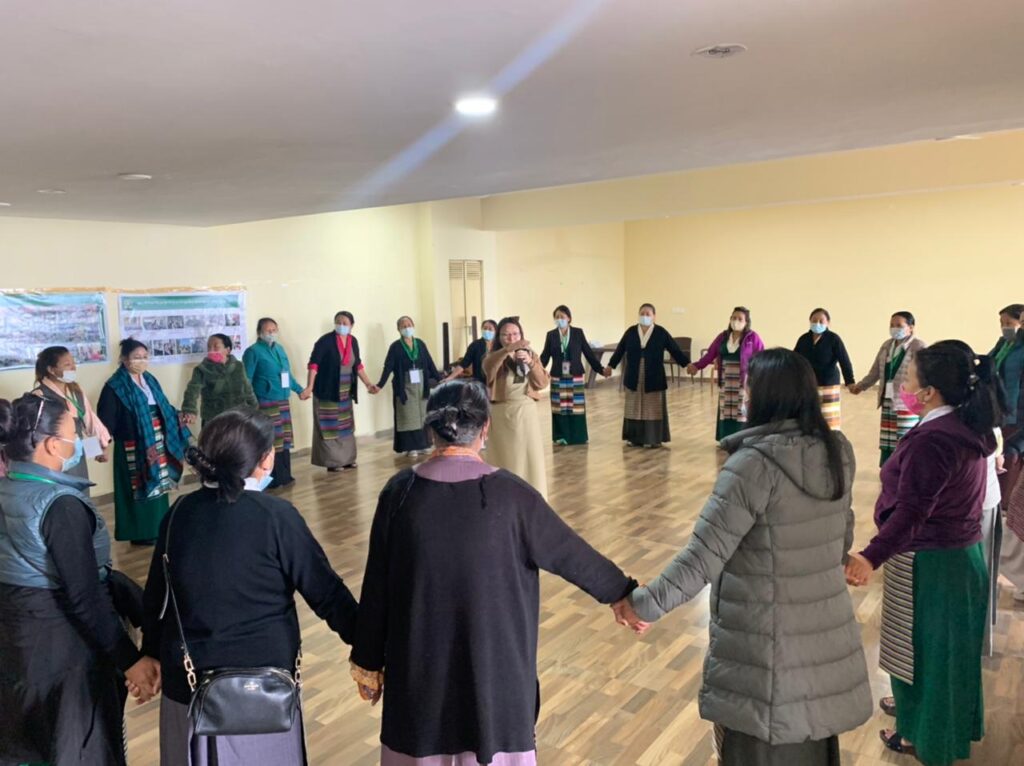 Ms. Rinchen engages the participants in an interactive session. 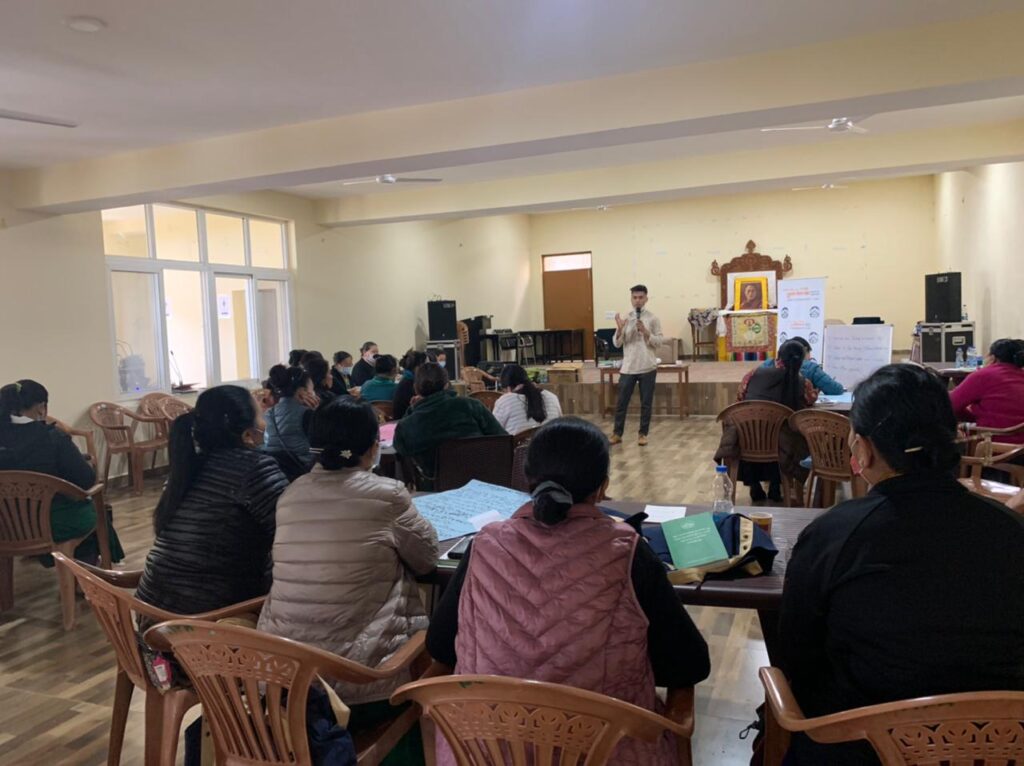 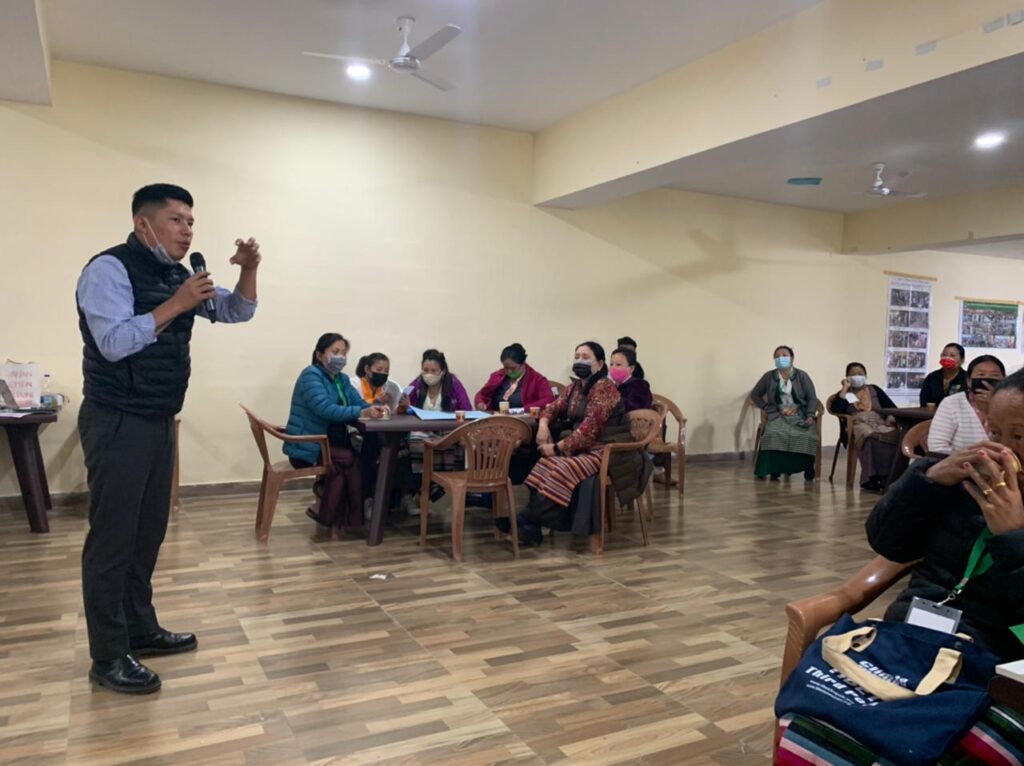 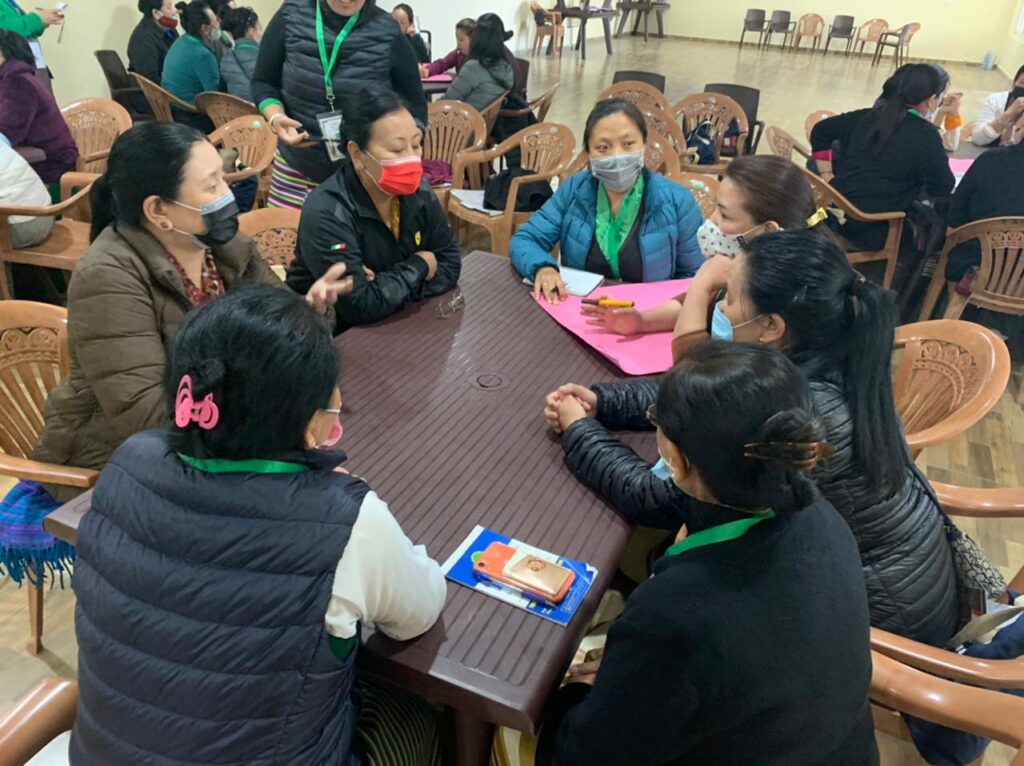 Participants during group discussions on MWA.